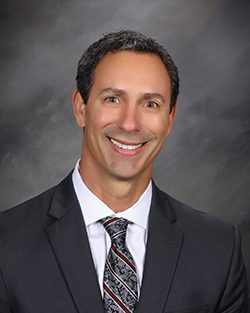 A life-long Antelope Valley resident and graduate of Antelope Valley High School in Lancaster, California, Dr. David J. Vierra is superintendent for the Antelope Valley Union High School District (AVUHSD), the largest geographical district in Los Angeles County, serving 21,000 students in the cities of Lancaster and Palmdale, as well as the surrounding areas.

An educator since 1981, Vierra has served the Antelope Valley for 34 years, including 16 years as superintendent. With approximately 2,300 employees, the district is one of the top employers in the region. Vierra’s focus for faculty and staff is finding ways to provide all students access to college and careers through preparation, resources and knowledge. His guiding principle is believing that all students can learn and achieve their goals with the proper support.

Vierra began his career as a teacher in the Lancaster Elementary School District. Shortly after, he took a role abroad working for the Department of Defense as an instructor at Kaiserslautern American High School in Germany where he also coached football and basketball. Upon his return, he taught at Desert Winds High School before ascending into various administrative roles on campus. After serving as principal at Desert Winds and Palmdale High Schools, in 1998 Vierra became assistant superintendent of personnel services for the AVUHSD. In July 2002, Vierra began his role as superintendent.

A leader in the community, Vierra has provided his time and knowledge to various civic, sports and education organizations throughout his career. He currently serves on the Antelope Valley Board of Trade’s Education Committee, and as a director for the Antelope Valley Hospital Foundation, and the Los Angeles County Air Show.

He currently resides in Palmdale, California with his wife, and has three adult children all whom graduated from the Antelope Valley Union High School District.